This is great dish that is prepared in one cast iron skillet. The flavors of bacon, sausage potatoes and peppers meld together all covered with eggs and bubbly cheese. 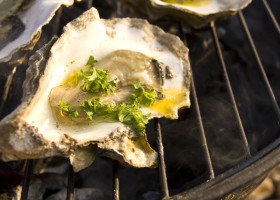